The 16 NASCAR seasons that I had the opportunity to spend with Rusty Wallace on the Cup trail were the most rewarding of my life and I certainly don't mean that from just a financial standpoint. 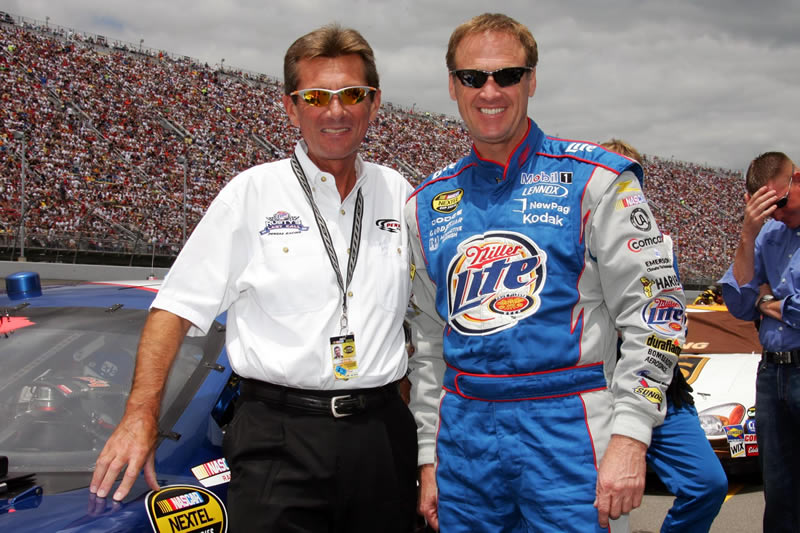 Sure...I was Rusty's PR guy and there's always the business element that entered into our alliance...but our relationship was much more than that. I will always count him as one of my best friends and he's quick to tell people that I'm one of his best friends.  There was always a ton of mutual respect between us and that is so important. I think the fact that we sort of grew with the sport helped us seal our great relationship from the start. We worked together for 16 years, but we've known each other for close to 25 years. I can remember the short-track days when I was helping promote at the Nashville track and Rusty was the "hired gunslinger" who ran on all the half-mile ovals from coast to coast. I remember...several times...calling a Valley Park, Mo., race shop and cutting deals (wow...it was $1,500 back then) with the "hired gun" to come down and take care of Sterling Marlin and Mike Alexander...my local "hot shots" who were winning all the races.   Those days will always be special to me and are forever fondly etched in my mind. 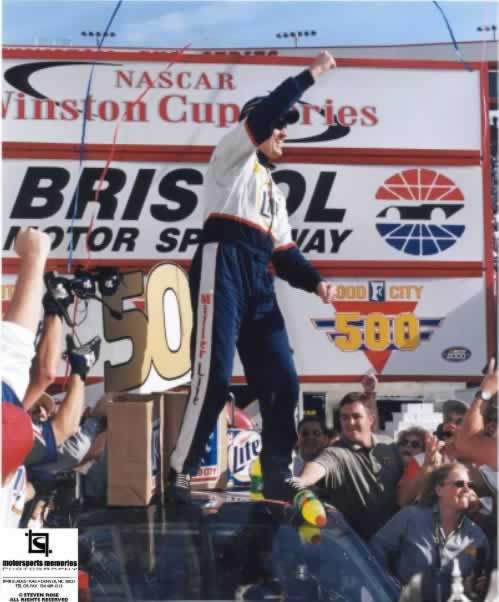 I remember it this way: He came; he did the pre-race PR stuff we had lined up; he conquered the competition; he smiled for all the pictures; he took the trophy and the big check...then he went on down the road to the next race to do it all again. That’s the way it was during all the years that Rusty donned his helmet and fired his engine.

With his retirement as an active competitor at the end of last season, he went out like the true champion he is…still at the top of his game.

Although he has ended his days behind the wheel of a race car, he is still a fixture in the sport he loves so dearly.  With his broadcasting career ready to bloom and with son, Steve, ready to chart a championship course of his own, the day-to-day activities of the Wallace Family definitely warrants your continued attention.

We invite you to visit Rusty's official web site at: